The Bitcoin price has been increasing for the past few days but was rejected as soon as it reached the $58,986 resistance level. 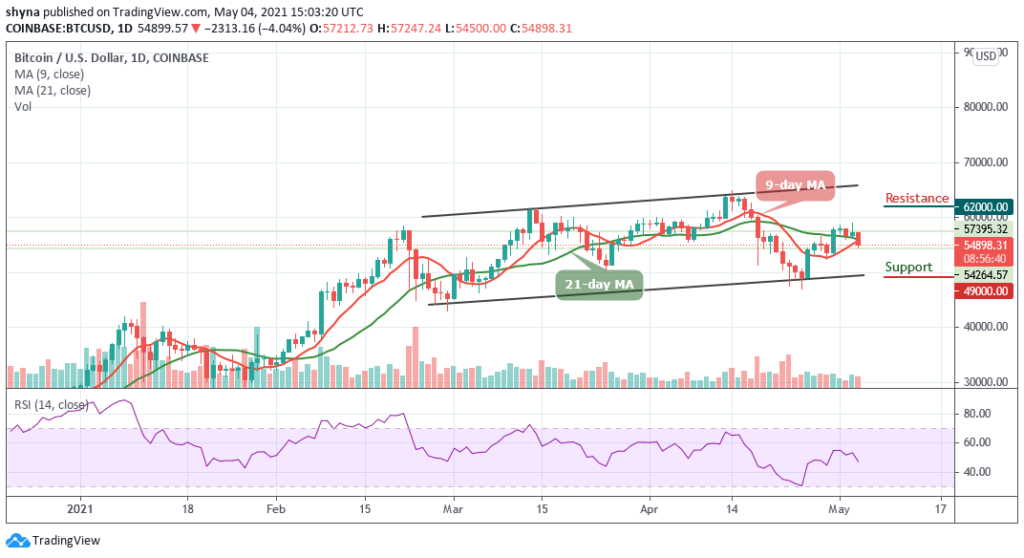 Last week, despite the mundane trading, BTC/USD bulls controlled most of the price action in the market. The flagship cryptocurrency managed to clear the resistance at $55,500, which bolstered the price to around $59,000 resistance level. Although the traders had speculated the price of Bitcoin closing the day above $60,000 yesterday, a correction ensued, with the largest cryptocurrency diving under $55,000.

Where is BTC Price Going Next?

BTC/USD is currently trading at $54,898 at the time of writing. Marginally beneath the market value, the 9-day moving average may likely provide support for the coin but holding above this area could see bulls shift the focus from defence to breaking the barriers above the moving averages. Meanwhile, the technical indicator RSI (14) shows that a rebound may not be possible at the moment as the signal line is currently pointing south below the 45-level.

Furthermore, continued movement below the moving averages may likely take the first digital asset towards the channel's lower boundary. More so, there could be more losses if the Bitcoin fails to break above the $56,500 resistance, it could correct lower once again. Looking at the daily chart, the initial support on the downside is near the $55,000 level while the first key support is near the $54,500 level. 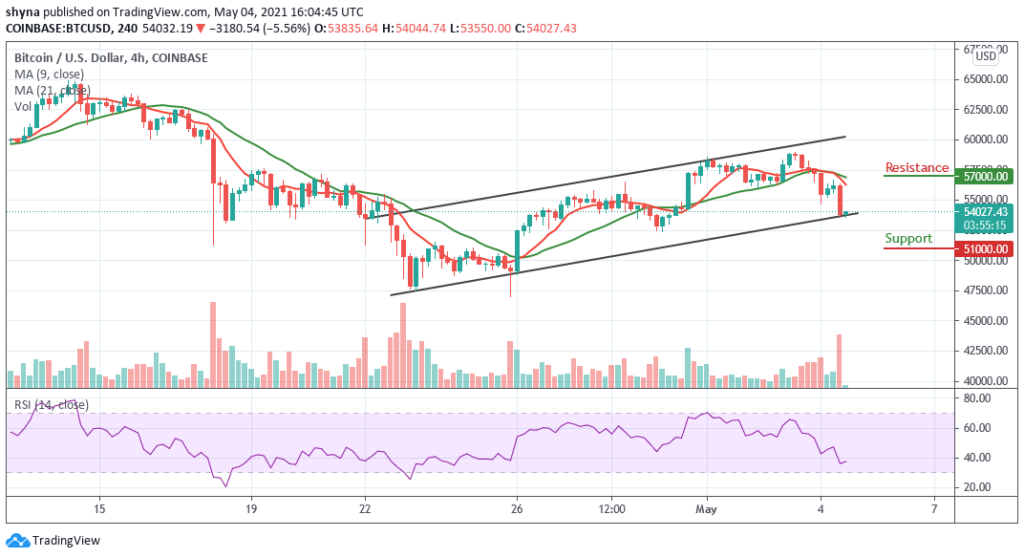 Bitcoin's price is trading around $54,027 after rebounding from $53,550. Looking at the 4-hour chart, we can see that the bearish supply is becoming heavy in the market, but the bulls are also trying to defend the $54,000 supports. Meanwhile, the $51,000 support level and below may come into play if BTC breaks the mentioned support.

However, if buyers can energize the market, traders can expect a retest of $55,000 resistance level. Therefore, breaking the mentioned resistance could also allow bulls to hit the $57,000 and above. However, BTC/USD is consolidating currently and may move sideways on the medium-term outlook. We can expect an increase in volatility soon as the technical indicator RSI (14) is coming back to cross above the 40-level.